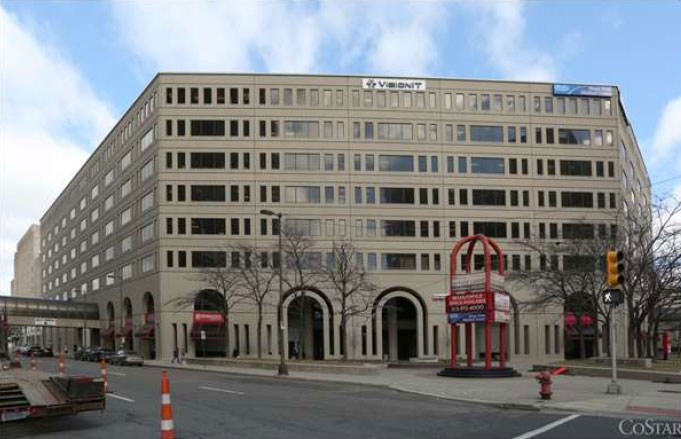 New Center One seems brand new next to its neighbors the Fisher Building and the State of Michigan Buildings. It was built in 1982 and others were built in the 1920s. It is in the reinvigorated New Center area which is just north of midtown. New apartments are under construction in the Albert Kahn Building immediately to the north. The QLine is a block away with a stop. the Lodge Freeway is 2 blocks to the west.

New Center One is mixed-use commercial building in Detroit. It has 3 floors of retail including food service. Henry Ford Health System is a major user. There is visitor parking behind the building in a guarded lot. There are underground spaces for 110 cars.

The Lobby is an atrium. There is a manned guard desk.

Building amenities include a food court and several restaurants. there is ample retail to be called a small shopping mall.